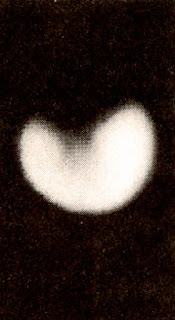 In 1979 I bought a Transcendent 2000 synthesizer from my friend and bass player Rik Neuteboom. I was so excited! Now I could design my own sounds - sounds that could not be generated by traditional acoustic instruments!

It was the analog era, and you had to create electronic sounds by twiddling knobs and flipping switches. There were no digital memories, so you had to write down the position of every knob and switch if you wanted to re-use a sound at a later stage.

Analog synthesizers were very temperature-sensitive; if the T2000 had been on for a long time it would warm up, and the sounds would go off-key. Regular tuning was required.

One day I managed to set up the T2000 to generate random notes all by itself, resulting in a soothing pattern of gently ascending and descending tones (I accidentally discovered harmonics). The result was De lege aarde (The empty earth).

Later I got the T2000 to generate random notes all by itself (I accidentally discovered Sample & Hold), and after some experimentation this became Na de bollen (After the spheres).

The title Leven na de bollen (Life after the spheres) refers to an imaginary situation far into the future, when mysterious floating spheres from outer space would land on earth and discover a planet devoid of any life. How come life had disappeared? Would the visitors create new life?