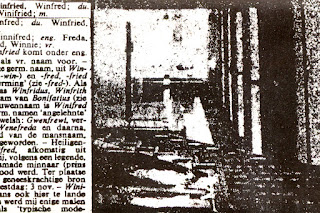 In 1980 there were some locations in Leiden that you'd better stay away from. One of those was a nameless factory at the edge of town, long abandoned.

Somehow the buidling managed to raise the adrenaline level of anyone approaching, as if saying: "No closer!" But I was attracted nonetheless, as I sensed that something unusual was happening there.

Strange beings started appearing in the central hallway. Tall and skinny beings on two legs. Small, rabbit-sized ones with bulding eyes. Disc-shaped creatures that defied gravity, floating in mid-air. And more. All of them behaved as if they were familiar with the surroundings, so I guessed they came here often.

For half an hour or so they just wandered around, chatting away without much of a purpose. Then the action started One particular type of beings gathered in a circle, and started to perform. It was music, but it was also a ritual, and states of trance ensued. What followed was a short break, after which a new group started a similar performance.

As the cassette had reached the end, the recorder switched itself off with a loud click - and I was discovered. A small female about half my size walked up to me and looked at me curiously. Then she bowed, and said, barely understandable: "I am Winnifred". I replied by bowing and stating my name as well. And basically, that was it. No animosity, no fear, just curiosity. After a few moments she returned to her ritual, and I left the premises, confused.

I never returned, and now the building is long gone. The cassette "Het Winnifred Complex" ("The Winnifred Estate") is the only proof of the rituals that were once performed in that fear-inducing factory on the edge of town.